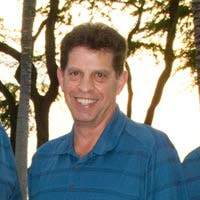 Brad Friedman started with Round Table in 1980 and became a Franchisee in 1983.  He has been on the Convention Committee since 1990, became the Conference/Convention Chair in 2004 and has served on the RTOA Board of Directors.  He owns and operates two Round Table restaurants (in Alameda and Stockon).

Brad hails from the great city of Chicago as does his wife Jill.  They came to California together, started in the Round Table business and raised their daughter, Lindsay, and their son, Jordan.  Brad enjoys golf and gets to the course as much as time permits (not nearly enough in the past few years).  He has a passion for fly fishing and has taken fishing trips to Alaska, Idaho and the Bahamas.